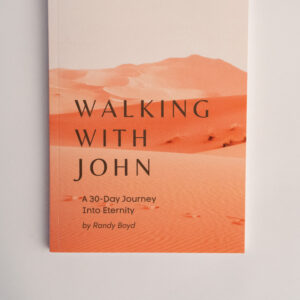 John is a unique book. It lies within the four-book cluster at the onset of the New Testament that we call the Gospels. These four books are scriptural records of the life, teachings, and ministry of our Lord Jesus. I am convinced that we should daily immerse ourselves within these writings. When we first discover the writer John, we might wonder, “Did this guy even follow Jesus with the rest of the disciples, or was he in some other group?” John doesn’t record the same miracles and teachings and sometimes presents a Jesus very other than the other Gospel writers.

Although I had read the book many times, I discovered John while a very young pastor, perhaps 25 years ago. I can still remember sitting on the floor of my tiny office at the church building, reading his writings and catching glimpses of his heart, giving us a completely other Gospel and a fresh look at Jesus the other writers did not. I’ll never forget those days when the grand themes of the book began to unfold to me, enlightening my mind and igniting my heart to pursue this King Jesus more zealously. It became a very singular, focused pursuit led by the themes John rolled out to us in his ancient text.

The goal of my penning these few words for you is pretty simple: to unfold some of the revelations that Jesus gave to John before your very eyes and to enlighten your mind and ignite your heart, launching you into a new, zealous pursuit of this beautiful man, Christ Jesus, and the depths of the life He came to give us.

John was probably chosen to be a follower of this emerging young, revolutionary rabbi at the age of 12–15 years old. He is portrayed as the youngest amongst the band of disciples. He was the son of the fisherman named Zebedee and the younger brother of James, who also became a Jesus-following disciple. Many believe that Salome, who was at the Cross of Jesus, was John’s mother and the sister of Mary, Jesus’s mother. If this is true, and I believe it to be, although I can’t spend time building this case for you, it would have made this young, itinerant rabbi, Jesus ben Joseph, the first cousin of young John. John and his brother, James, were young fishermen with their father in Galilee and probably were fishing partners with Andrew and Peter. This business was probably quite profitable, as Scripture records that John’s family also owned a house in Jerusalem.

John was in the closest circle of Jesus’s disciples and friends, as he was often seen alone with the Lord together, with his brother, James, and Peter. You can find these accounts when Jesus raises the young synagogue official’s daughter from the dead, upon the Mount of Transfiguration, and in the Garden of Gethsemane.

John followed Jesus for three and a half years before the Lord’s crucifixion and was the only disciple of the 12 at the Cross with Jesus, Mary, and Salome. Jesus entrusted His mother’s care to John, who thereafter took her under his care, although he was probably only 16–19 years old at the time. Sometime before the fall of Jerusalem in A.D. 70, John moved to Ephesus, where he spent the rest of his life. He became the lead apostolic presence to all of the churches of Asia minor, which accounts for his being given the revelation and the letters to the seven churches, as recorded in Revelation. He was the apostolic father to those churches and a friend to each of their leaders. History records that Mary died in Ephesus in the home of John.

Church legend records that the Roman Emperor Domitian attempted to boil John in oil to stop his powerful witness to the resurrection of Jesus Christ from the dead. However, according to the writings of the early church fathers, John went unscathed by the process! For a fact, we know that Domitian banished John to the island of Patmos for 14 years from A.D. 81–95. It was there that he epically encountered King Jesus and wrote the Book of Revelation. After his release in A.D. 95, John spent the last five years of his life around Ephesus.

One of the historical reports toward the end of John’s life was his incredible prayer at the Temple of Dianna, also known as the Temple of Artemis of the Ephesians. Dianna was the most worshiped deity in the Roman and Greek world. Her temples stretched across the empire, but John’s home city of Ephesus was the site of the grand Temple of Dianna, one of the seven wonders of the ancient world. A great revival broke out in Ephesus under Paul (see Acts 19) but was squelched as the evil spirit behind the Dianna deity and cult rose and drove Paul out of the city. The revival was suppressed, but a strong church remained. After John was released from his captivity in Patmos, upon his return to Ephesus, John entered the Temple of Dianna, approached the statue of Dianna, and said several sentences to the onlookers, then prayed a very short prayer. According to the onlookers, the following occurred:

“The altar of Artemis split into many pieces, and all the offerings laid up in the temple suddenly fell to the floor and its glory was shattered, and so were more than seven images; and half the temple fell down, so that the priest was killed at one stroke as the pillar came down. Then the assembled Ephesians cried out, ‘There is but one God, the God of John!. . . We are converted, now that we have seen your marvellous works! . . . And the people rising from the ground went running and threw down the rest of the idol temple, crying out, ‘The God of John is the only God we know; from now on we worship him, since he has had mercy upon us!’” (42-43; trans. Schneemelcher, with adaptations)

From this account and many others, we discover that John learned things from his friend and Lord that made him quite a man, a mighty apostle, and a deep lover of the Lord Jesus Christ. His insights in the Book of John and other writings are keys to entering into a deeper life in Jesus and authority in His Kingdom that we all desire.

He styled himself as “the disciple whom Jesus loved” in his Gospel account and is often called “the apostle of love,” as the massive theme of God’s love is unfolded in his writings. This was not the case when you explored his early life more closely. He and James were nicknamed “the Sons of Thunder” by the Lord Himself when they wanted to call down fire from heaven to consume a village that would not listen to them when they announced that Jesus wanted to visit them. “But he [Jesus] turned and rebuked them” (Luke 9:55). John’s true nature was exposed— fiery, radical, zealous, but absolutely loveless! It still amazes me to see this man’s complete and utter transformation as he walked with Jesus for more than 80 years, being transformed from a “Son of Thunder” to “the disciple whom Jesus loved.” May this same miracle occur within us as we walk with John for 30 days.

The Writings of John

This youngest of the original 12 apostles wrote more of the New Testament than any of the others, and only Luke and Paul authored more content. John’s five works total over 20% of the New Testament with one Gospel account, three short epistles, and the Book of Revelation. Matthew, Mark, and Luke, the Synoptic Gospels, were composed between A.D. 40–75, but John’s was much later, probably around A.D. 90–98. That places the writing after the mighty revelation took place with John on the island of Patmos and with his “Christ account,” being a tremendous response to what the glorified Jesus showed him and had him pen to the Seven Churches of Asia minor found in Revelation 2–3. This accounts for the far-reaching otherness of John’s Gospel and the content in all of his other writings. John wrote with a clear purpose: to confront the growth of the cancer of lifeless religion and dead tradition that had already been set into the Church (see Revelation 2–3). John wrote to bring us back to the heart of the Kingdom of God—a new dimension of life in the Spirit, living deeply connected to the risen King victoriously over this world system and wielding great authority to transform it!

The Major Themes of John’s Gospel

Because of his clear purpose and deeply spiritual goals, John lays out powerful themes through his Gospel that call us back to the Person of Jesus and the spirituality of His Kingdom. These themes are the heart of these daily devotions. John was not so much a definer or a developer of scriptural principles as he was an artist painting grand themes through beautiful pictures and grand images. The themes that this apostolic artist paints for us, calling us back to a deeply spiritual life in Christ and His Kingdom that we will feed upon daily, are:

I hope that as you dive into 30 Days With John, your own dead traditionalism will be met eye-to-eye and cast out, that lifeless religion will be defeated, and a deep love and life in Jesus will ignite, bringing a glorious reality of the Kingdom of God into your life. I desire that you, too, will find authority and courage to confront your Temple of Diana—seeing the idolatrous lifestyles broken before your words and the reality that Jesus has come and Jesus DOES reign supreme.  Enjoy. Live. Breath. Let’s go!

Get the whole book! 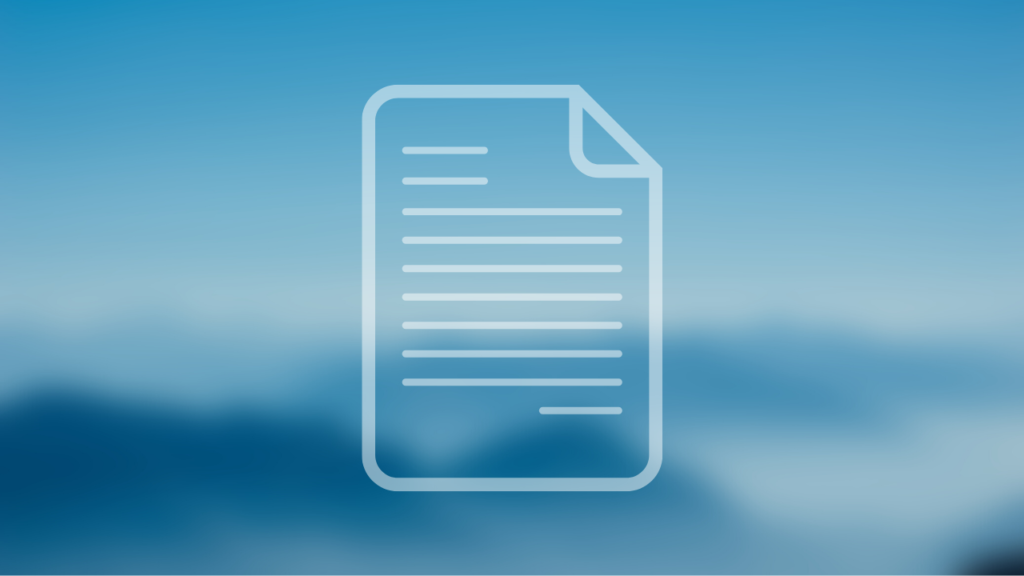 Chapter 1 The Cry for Spiritual Father’s Today I’ll never forget growing up as a little boy with a highly successful father. I came from…

Chapter 1 : A Real Kingdom When Jesus came upon the scene, He began to speak, teach and demonstrate a new reality that He was… 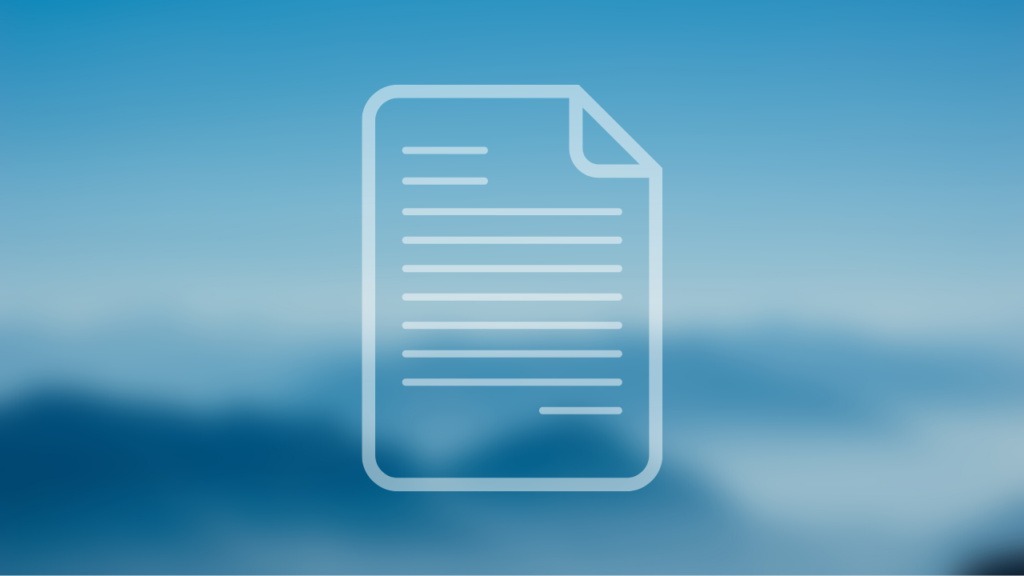 As we move further into discovering heaven’s Culture, Jesus desires us to live within, we need to come to grips with the fact that we…